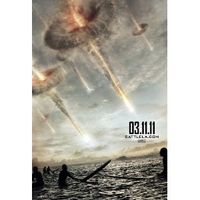 Known for his work in Erin Brockovich, Thank You for Smoking and, most recently, Rabbit Hole, actor Aaron Eckhart stars in the new film Battle: Los Angeles.  It's an alien action movie that, according to Eckhart, is full of dust and dirt and bombs.  If you like disaster films, this film is for you.  I'm definitely checking it out.

The best part of the interview?  In true Jon Stewart style, there is discussion on the role of alien movies as a ready blueprint for alien attack.

(Also, Eckhart starred in the film Possession, a film of an entirely different genre.  It's based on the book by A.S. Byatt, winner of the Man Booker Prize and definitely worth a read.)